The Dark Side 2 Event ends today and you had better hurry over to get some of the great deals before they are gone. The eyeshadow Im wearing from LIVIA comes with Lelutka,Catwa and Omega huds for 149L per an applier pack. The lovely ponytail Im wearing Ive blogged before but its worth mentioning again. Its from Tameless and you will find it at the Dark Side 2 as well.
The strappy high heel boots/shoes are from KC you will find them at the mainstore.
At Fantasy Faire I picked up this lovely fairy like outfit from Papermoon and  RFL Faerie Keepsake from Plastik. 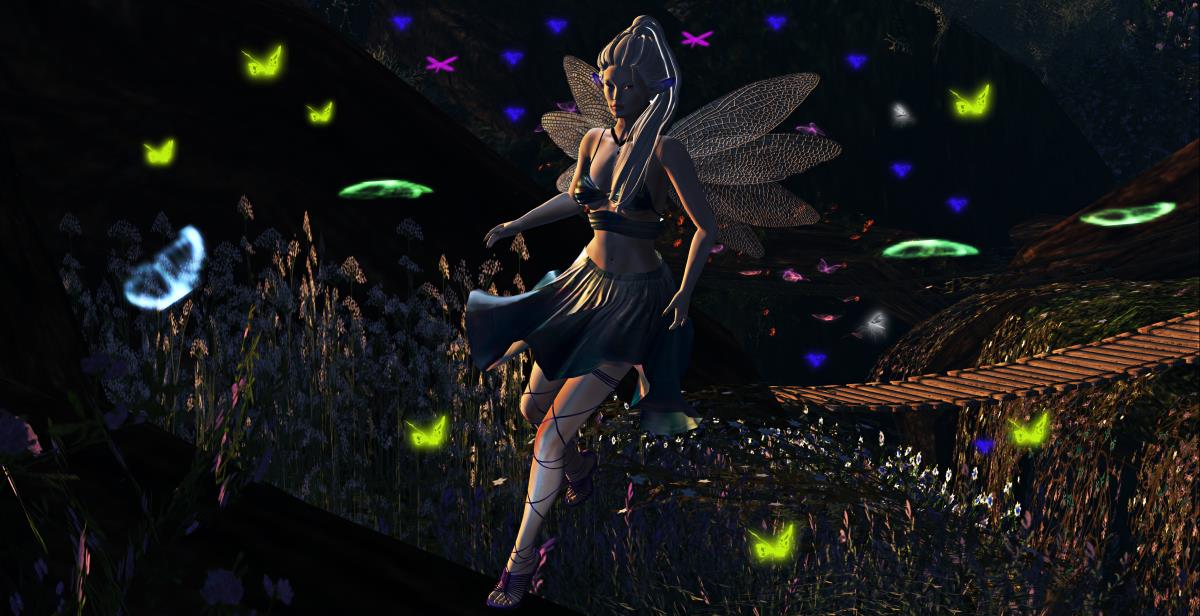 One thought on “Fairy Perch”